Signs and Symptoms of Beta Thalassemia

The most distinguishing feature of beta thalassemia is anemia 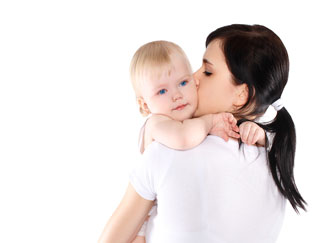 An individual that has one normal HBB gene and one defective HBB is referred to as a carrier, β-thalassemia minor or β-thalassemia trait. The defective HBB gene may have either a β+ or β0 mutation, while the normal HBB gene does not have any mutations and is fully functional. Individuals who have only one defective copy of the HBB gene often do not show any symptoms. However in a blood test, they may display increased HbA2 levels (hemoglobin made of two α-chains and two δ-chains), microcytosis (small red blood cells) and hypochromia (pale red blood cells). People with β-thalassemia minor may also have mild anemia that resembles mild iron-deficiency anemia. Several environmental and genetic factors can stimulate β-thalassemia symptoms in carriers. Inheriting genetic defects that cause alpha thalassemia or inheriting a copy of HBB that makes β-globin extremely unstable are two examples of external factors that can lead to symptoms of β-thalassemia in the presence of only one defective copy of HBB.

Next, Diagnosis of Beta Thalassemia »