Detecting the presence of mutations in the HBB gene 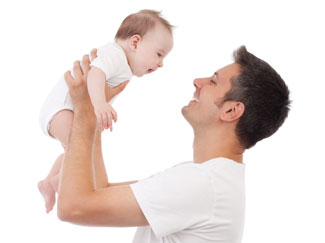 β-thalassemia major is usually diagnosed at a young age, as symptoms are apparent before two years of age. Depending on the severity of symptoms, β-thalassemia intermedia may not be diagnosed until later in life. β-thalassemia minor is often undiagnosed.

DNA testing identifies the most common genetic changes in the HBB gene which reduce or eliminate the production of β-globin, resulting in β-thalassemias. There are over 200 different genetic changes that can give rise to the β0 (no β-globin) and β+ (lower β-globin levels) versions of HBB. β+ mutations are often found in the regulatory region adjacent to the HBB gene. These changes lower the levels of β-globin, but there is still some functional β-globin present in these individuals. In contrast, β0 mutations occur within the HBB gene and completely eliminate the production of β-globin.

If both parents are silent carriers of β-thalassemia, there is a 1 in 4 chance of having a child with β-thalassemia major or intermedia. It is possible to perform β-thalassemia genetic tests on a fetus before birth through chorionic villus sampling (at 11 weeks) or amniocentesis (at 16 weeks).

If the targeted changes are not detected, but β-thalassemia is suggested by the blood analyses, it is possible that the individual may have a rare genetic change in the HBB gene that is not included in the basic HBB genetic test. In such situations, the client can contact the laboratory to discuss the possibility of performing a special assay to look for previously unidentified genetic changes that may cause β-thalassemia.

Genetic defects in HBB can also cause other diseases such as sickle cell anemia and methemoglobinemia, however these genetic defects are distinct from the ones that cause β-thalassemia.